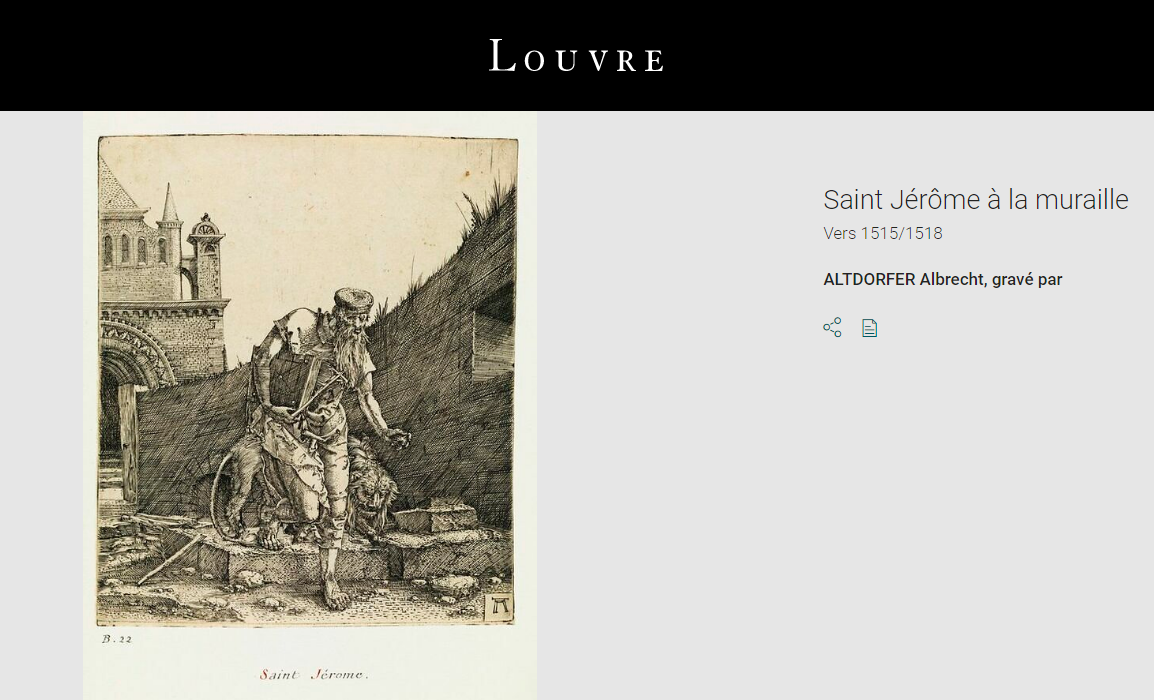 We at Hasse Memorial library have heard recently that there may be some interest in art and its intersection with Christianity, Religion, and the culture's surrounding our faith and calling. Since art can so often reveal and express visually the emotions, religions, and philosophies of people, we wanted to gather some useful resources for you all. We have included some of these resources on our Open Access libguide, and also a new libguide focused on collating resources on Art, Music, and Literature that intersect with our studies and faith.

Fore example, we recently discovered that the Louvre Museum in Paris has, due to COVID, digitized a large amount of their collection (nearly 500,000 objects!) We have included this on both our libguides mentioned above but here is also a direct link to start exploring the Louvre digitally! We will be adding to our open access libguide in the art section any open access collections such as this as we find them.

We wanted to explore our Ebooks collection for any helpful digitally accessible resources. Here are some links to what we found: 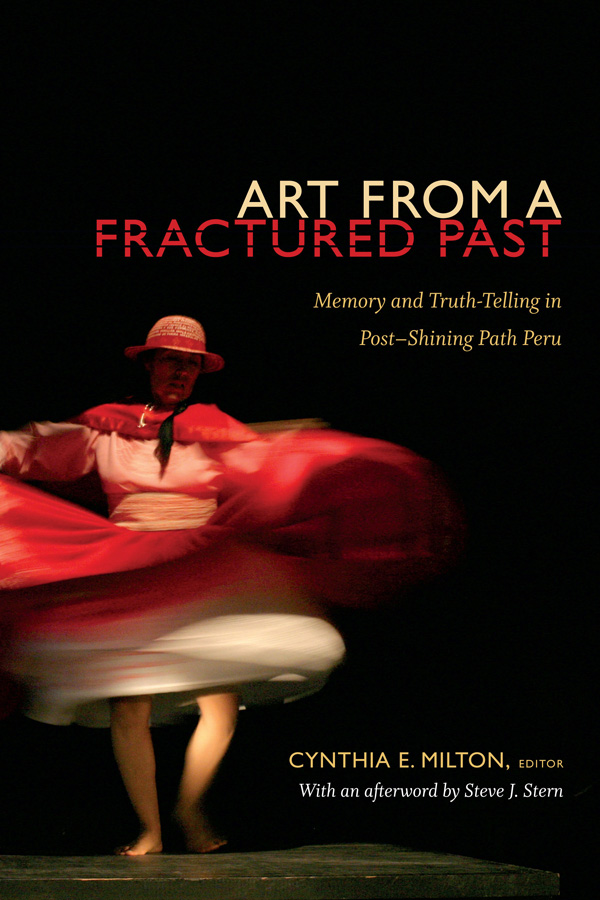 Art from a Fractured Past: Memory and Truth-Telling in Post-Shining Path Peru

Art from a Fractured Past is an interdisciplinary collection examining how Peruvians are representing, and attempting to make sense of, the violence of the 1980s and 1990s through art, including drawings, monuments, fiction, theater, and cinema. 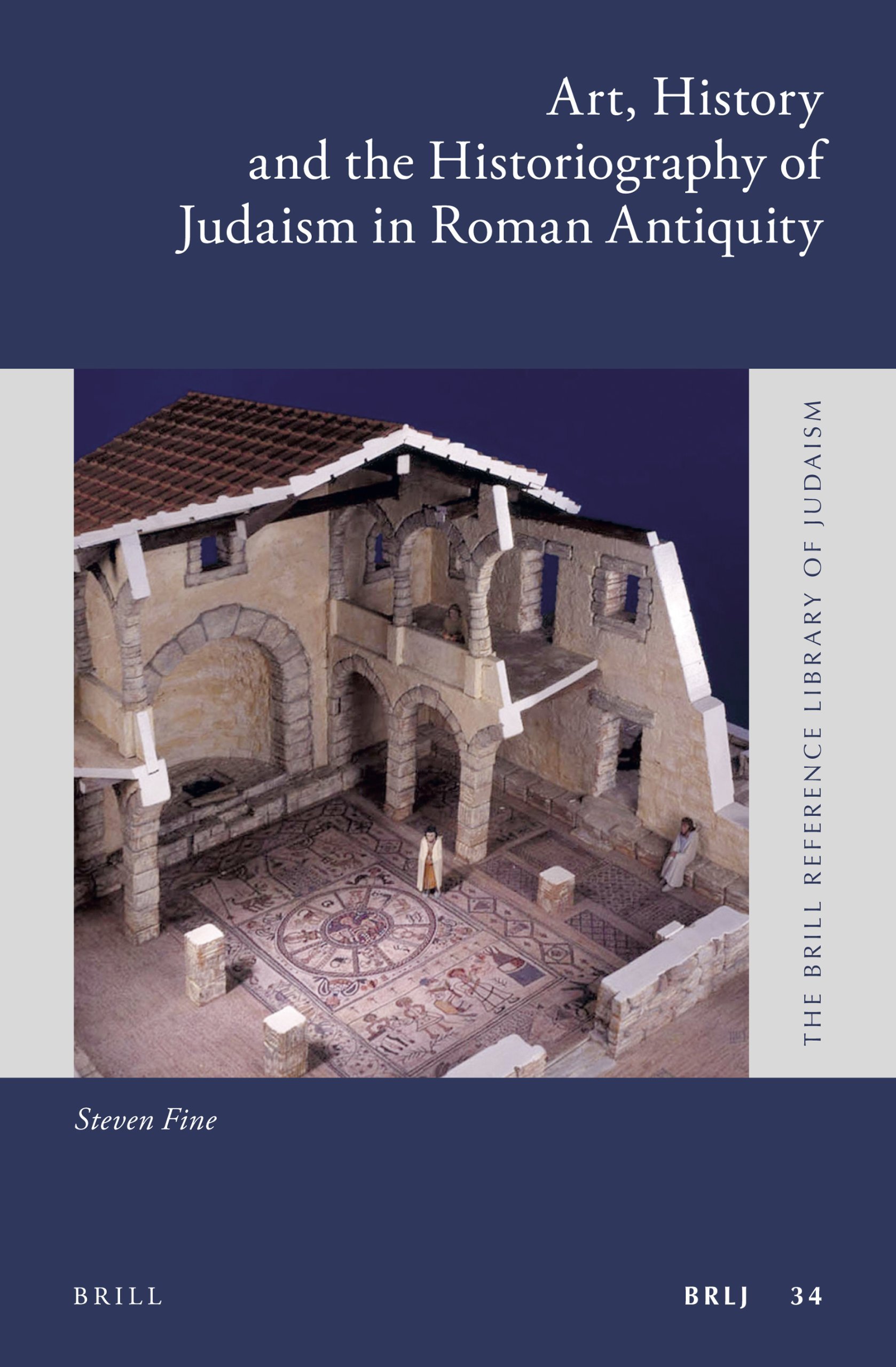 Art, History, and the Historiography of Judaism in Roman Antiquity

Art, History, and the Historiography of Judaism in Roman Antiquity explores the complex interplay between visual culture, texts and their interpretations, arguing for an open-ended and self-aware approach to understanding Jewish culture from the first century CE through the rise of Islam.

We also have access to articles and handbooks on art and related topics through the Oxford Handbooks online: 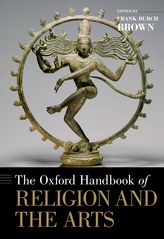 The Oxford Handbook of Religion and the Arts

In recent decades, the academic study of religion and the arts has burgeoned, generating new understandings of both the arts and religion in their diversity. The Oxford Handbook of Religion and the Artsdraws on the best international scholarship to open up cross-disciplinary conversation of a wide range of artistic ways of being religious, and of religious ways of being artistic.In the center sections of the present Handbook, some chapters discussreligious and spiritual aspects of specific arts: music, story, poetry, drama, dance, architecture, visual art, and film. Others focus on the arts important to particular religions: Judaism, Christianity, Islam, Hinduism, Buddhism, Taoism, Confucianism, and Shinto. The volume begins with a major section treating topics within the relatively new field of religious and theological aesthetics, which is germane to the study of religion and the arts as a whole. It closes with a section treating representative issues and themes in the study of religion and the arts: worship, morality, belief and doubt, iconoclasm, gender and imagination, material culture, and sacred and secular styles in African American music

For example, this digital handbook includes the following article:

This chapter discusses how the rise of interest in the materiality of religions that has taken place in the last twenty years or so has tended to focus on popular media, everyday life, and the material practices involving things, images, and devotional concerns of people facing the common problems of life. It is important to recognize that lived religion is not a degenerate form of refined religion, a corruption of theology, or the beliefs of simple people, but rather a range of practices and ideas that exhibit a discrete aesthetic that depends on objects. The disinterestedness that is vital for the evaluation of fine art does not capture the experiences of lived religion. This chapter explores the visuality of everyday religion.

Another article from the Oxford Handbook of the Sociology of Religion that concerns the subject of Art is:

The Contemporary Convergence of Art and Religion

This article shows, perhaps surprisingly for many, that religion and art, while they overlap at certain points, do not easily accommodate each other. The relationship spans a continuum, the oppositional end of which would include Islam, which prohibits all forms of representational art; types of Buddhism, including such modern movements as Korean Won Buddhism and the Thai Santi Asoke movement, both of which oppose the use of images of the Buddha; forms of Christian asceticism, including elements of the Western monastic tradition and Puritanism. At the more accommodating end, one could place types of Hinduism such as devotional Hinduism, Shinto, and many African and African-derived religions, such as Umbanda and Candomble. The main focus is the United States, where there is an overlap in several domains, including dance and rock music in the liturgy.

In our own campus collection we have many stimulating and enriching books that are related to the subject of art. Including: 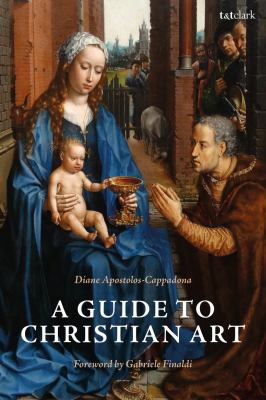 A Guide to Christian Art by Diane Apostolos-Cappadona
Call Number: N7830 .A667 2020
ISBN: 056768511X
"A one-volume introduction to and overview of Christian art, from its earliest history to the present day. Diane Apostolos-Cappadona begins by examining how art and Christianity have intersected throughout history, and charts this tumultuous relationship that has yielded some of the greatest outpourings of human creativity. To introduce readers to the way a painting can be read Apostolos-Cappadona begins with an analysis of a painting of the Adoration of the Magi, helping readers to see how they can interpret for themselves the signs, symbols and figures that the book covers. In the more-than 1000 entries that follow Apostolos-Cappadona gives readers an expert overview of all the frequently used symbols and motifs in Christian art as well as the various saints, historical figures, religious events, and biblical scenes most frequently depicted. Readers are introduced to the ways in which religious paintings are often "coded'" such as what a lily means in a picture of Mary, how a goldfinch can be "Christological", or how the presence of an Eagle means it is likely to be a picture of St John. The entries are organized by topic, so that students and beginners can easily find their way to discussion of the themes and motifs they see before them when looking at a painting."-- Provided by publisher. 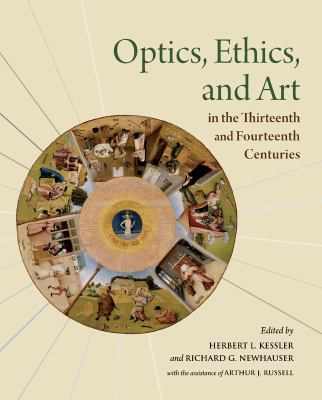 Optics, ethics, and art in the thirteenth and fourteenth centuries : looking into Peter of Limoges's Moral treatise on the eye by edited by Herbert L. Kessler and Richard G. Newhauser ; with the assistance of Arthur J. Russell.
Call Number: QP475 .O685 2018
ISBN: 9780888442093
This volume examines afresh the various ways in which the introduction of ancient and Arabic optical theories transformed thirteenth-century thinking about vision, how scientific learning came to be reconciled with theological speculation, and the effect these new developments had on those who learned about them through preaching. At the core of this collection lies Peter of Limoges's 'Tractatus moralis de oculo', a compilation remarkable for subsuming science into the edifice of theology and glossing the physiology of the eye and theories of perception in terms of Christian ethics and moralization, making esoteric learning accessible to the public (including artists) through preaching. Transgressing traditional boundaries between art history, science, literature, and the history of religion, the nine essays in this volume complicate the generally accepted understanding of the impact science had on thirteenth-century visual culture. 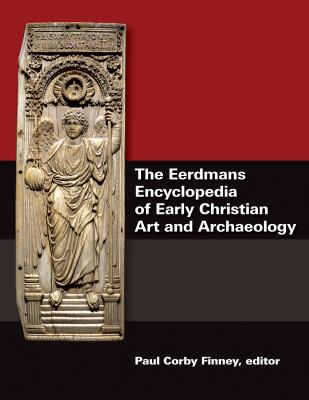 The Eerdmans Encyclopedia of Early Christian Art and Archaeology by Paul Corby Finney (Editor)
Call Number: BR163 .E373 v.1 2017
ISBN: 9780802838117
More than 400 distinguished scholars, including archaeologists, art historians, historians, epigraphers, and theologians, have written the 1,455 entries in this monumental encyclopedia--the first comprehensive reference work of its kind. From Aachen to Zurzach, Paul Corby Finney's three-volume masterwork draws on archaeological and epigraphic evidence to offer readers a basic orientation to early Christian architecture, sculpture, painting, mosaic, and portable artifacts created roughly between AD 200 and 600 in Africa, Asia, and Europe. Clear, comprehensive, and richly illustrated, this work will be an essential resource for all those interested in late antique and early Christian art, archaeology, and history--Provided by publisher.